Ramayana is one of the two major Sanskrit epics of ancient India. The epic, traditionally ascribed to the Maharishi Valmiki, narrates the life of Rama, the legendary prince of the Kosala Kingdom and his epic battle with Ravana, the great king of Lanka. There have been many attempts to unravel the epic's historical growth and compositional layers; various recent scholars' estimates for the earliest stage of the text range from the 7th to 4th centuries BCE, with later stages extending up to the 3rd century CE. (Wikipedia) 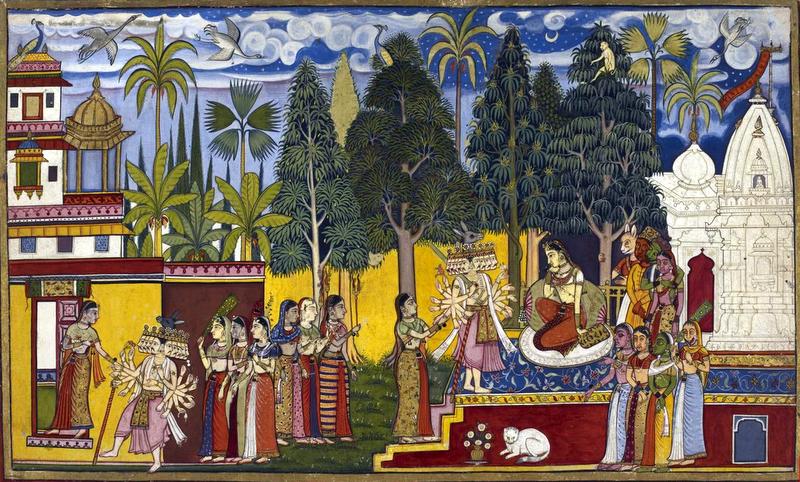 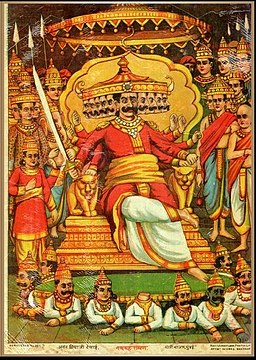 Ramayan trails in Sri Lanka is a fascinating subject to those who are fond of the great Indian epic, Ramayan. For some travelers, believers of the lord Rama, Ramayan trails in Sri Lanka is part of their pilgrimage. Ramayan is a famous Indian epic story in India about the Ram-Rawana battle. The Ramayan by Valmiki is one of the most epic pieces of literature. The places in Sri Lanka this literature refers to are still carrying the names related to the writing. There are many locations in the hill country of Sri Lanka that Ramayan literature left imprints. Some places are now shrines for divine princess Seetha and Prince Rama.

There are many religious sites and geographical locations that are possible connections with this epic story of the Ram Ravana battle. Ashok Vatika, Ravana Falls, Ravana Cave, Seetha Amman Temple, and many more places connected to the epic.

Ravana Falls is a famous waterfall in Sri Lanka, named after the king ancient Sri Lankan king Ravana who abducted the princess Sita following a dispute with her husband, Ram. The waterfall is approximately 25m high and cascades into a large deep pool. It is a breath-taking beautiful waterfall with a massive water flow during the rainy season, but during the dry season, the water of the fall decrease rapidly.

Usually, most Srilankan waterfalls are hard to reach by vehicles, and you need to walk steep pathways away from the main roads to see those beautiful waterfalls.  But, interestingly, this Ravana falls is located just by a transit route and, therefore, easily accessible. But this beauty is always surrounded by visitors as everyone would stop their vehicles for a minute or more to enjoy this fantastic view before heading their way.

According to the folklore, there is a hidden passage from Ashok Vatika to this waterfall. It let the princess Sita to visit the waterfall. Explorers recently found a secret water pond near this waterfall. They believe it is the “Nil Diya Pokuna” Blue Water Pond that she bathed.

Valmiki wrote a great deal about the Ashok Vatika, the Ashok tree jungle where they kept the princess. People believe Ashok Vatika is the present-day Hortain Plains national park where Ashok flowers still bloom. Meanwhile, some believe it’s the Hakgala Botanical Garden, in the area known as Seetha Eliya, close to the famous city of Nuwara Eliya. The garden is situated at the base of the Hakgala Rock forms, has Sita Pokuna, a barren area atop the Hakgala Rock Jungle.

According to the Wikipedia ” Ashok Vatika was a garden in Lanka that was located in the kingdom of the Rakshasa king Ravana, as mentioned in the Vishnu Purana and the Hindu epic Ramayana of Valmiki, and all subsequent versions, including the Ramacharitamanas written by Tulsidas, where it finds mention in the Sundar Kand. The Vatika has garden houses around it, built by Vishwakarma himself.
It was here that Ravana’s wife Mandodari came to meet her and also where Hanuman met her for the first time, and identified himself with the finger ring of Rama. Ashoka tree (Saraca asoca), often known as Sita-Ashok owing to its connection with the Ramayana. Sita stayed at Ashokat Vatika until the end of the epic battle between Rama and Ravana”

In the epic story, there is a chapter about Hanuman, the monkey king burning a city while escaping the capture. According to the folklore about the origin of its name, Nuwara Eliya was that town. Nuwara Eliya means city light, perhaps the light meant the burning fire.

Seetha Amman Temple is located approximately 1 kilometre (0.62 mi) from Hakgala Botanical Garden and 5 kilometres (3.1 mi) from Nuwara Eliya. The temple is located in the village of Seetha Eliya (also known as Sita Eliya). This place is believed to be the site where Sita was held captive by (Vikram) king Ravana, and where she prayed daily for Rama to come and rescue her in the Hindu epic, Ramayana. On the rock face across the stream are circular depressions said to be the footprints of Lord Hanuman. (source: wikipedia)

According to a Tamil legend, the present day Munneswaram temple is situated at a place where king Rama prayed to Siva after his war with the Ravana. The temple is one of the ancient Pancha Ishwarams dedicated to Shiva in Sri Lanka.

“The main festivals celebrated at the temple include Navarathri and Sivarathri. The temple complex is a collection of five temples, including a Buddhist temple. The central temple dedicated to Shiva is the most prestigious and biggest, and is popular amongst Hindus. The other temples are dedicated to Ganesha, Ayyanayake and Kali. The Kali temple is also popular with Buddhists.” (source)

Divrumpola temple is a Buddist temple which is also a main Hindu religious site. Locals identify this location as the place where fire ordeal (agni pariksha) took place. There are paintings of the events that happened in Sri Lanka related to the Ramayana in the temple walls.

According to Wikipedia, “When Rama doubts Sita’s chastity, she undergoes a trial by fire (Agni Pariksha). Sita enters a burning pyre declaring that if she has been faithful to Rama let the fire not harm her; she comes out unscathed with the fire-god Agni as proof of her purity.
In some versions of the epic, the fire-god Agni creates Maya Sita, who takes Sita’s place and is abducted by Ravana and suffers his captivity, while the real Sita hides in the fire. Sita undergoes Agni Pariksha (an ordeal of fire) by which she proves her chastity before she is accepted by Rama. At Agni Pariksha, Maya Sita and the real Sita exchange places again. “

Located in a scenic setting, Sita Kotuwa (Sita’s court) is an archeological site associated with Ramayan epic tale. The locals believe this is one of the places the princess was kept prior to moving to Ashok Vatika.